Hey I Heard You Were a Wild One

August 12, 2015
Eleven months...this is how long my little man has been giving us a run for our money.

He's a little climber, he'll be up the stairs in the blink of an eye & is always finding ways to escape anywhere we put him and also likes to get himself stuck under varying pieces of furniture and toys. He squeals, grunts & makes zombie noises when he sees something he wants, and doesn't usually stop until he gets it or is distracted well with something else. Changing his diaper and getting him dressed are Olympic sports these days. If he's not sleeping, he's moving!

Little man is stubborn & wild, but sweeter than sugar.

He loves to be rocked & sang to...singing George Ezra's 'Budapest' will calm him down anytime he's crying. Adam has been singing this to him for months and if it plays on the radio, he'll stop what ever he's doing and immediately demand to be picked up and held as long as it plays. Songs over and he's back to business. He's such a snuggler, he could stay in our arms after his bedtime feed forever if we let him. He loves hugs, high fives, fist bumps, kisses & holding our hands to walk, and will always put his sweet little head on my shoulder if I'm holding him. I relish the snuggles for I know they are fleeting. Time passes too quickly when you have a baby I'm discovering.

Here's a glimpse of what eleven months looks like...

Stats - Weighs 17.5 lbs, 27.5 inches...wee but mighty! Still wears Baby Gap size 3-6 months and some 6-12 months. I bought a ton of 6-12 month shorts back in the spring that sadly, he still doesn't fit into so I had to order some more 3-6 month to get us through the summer. He has 5 teeth with a sixth ready to pop at any moment. As a side note...top teeth teething has been brutal!

Favorite Foods - Blueberries, bananas, ravioli, yogurt, sweet potato, cooked carrots and peas, yogurt melts & Cheerios. He shovels blueberries into his mouth faster than I can cut them in half!

Words - Dada for sure but he's more of a babbler with dozens of sounds to express himself. He has the best little squeal when he's excited about something.

Favorite Activities - Eating, seriously this kid is happiest with a mouth full of food. Chasing the cats around the dining room table, crawling at light speed & laughing hard while kitty runs from him. Clapping, swinging, climbing, playing peek-a-boo & taking baths.

Favorite Things - Loves loves to push around the Hape Wonder walker. He loves to chew on anything and everything (people too) and loves to watch Bubble Guppies. Throwing and banging things and toilets!

Least Favorite Things - Car rides, sleeping, diaper changes, baby gates, and really anything else that keeps him contained. As soon as he started crawling he was so done with the jumparoo and jolly jumper.

Signature Moves - Rocking back & forth with his hands in the air, especially in his high chair while he's eating. Standing up & squealing with excitement, then falling over. Sticking his fingers in our mouths while he read to him & then laughing. Smiling so big with his bottom teeth sticking out & his eyes closed tight, it's really just about the cutest smile ever.

We love you so much, Lochlan James! You are the life of the party & your smile lights up the room. We can't wait to continue watching you grow, you get sweeter every single day, eleven months & counting! 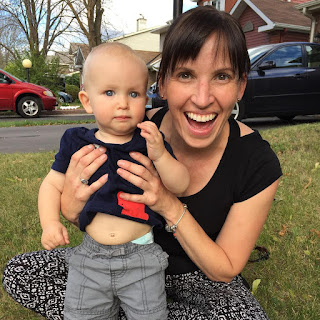 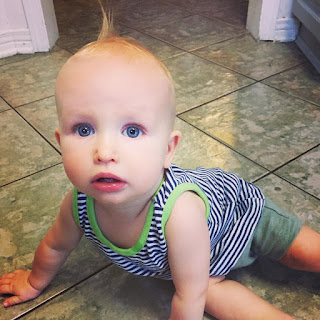 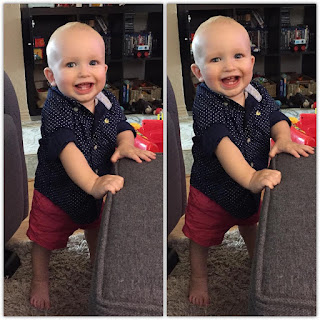 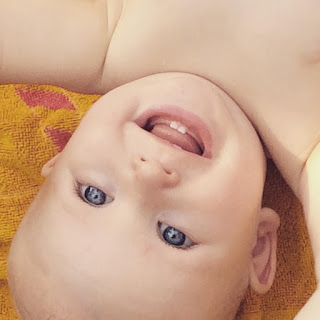 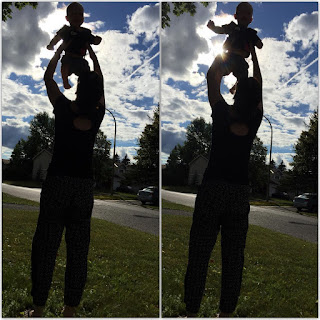 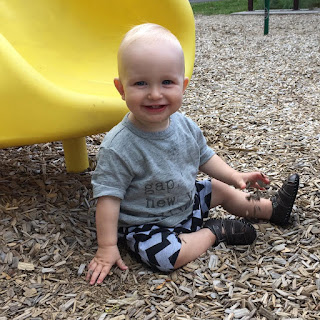 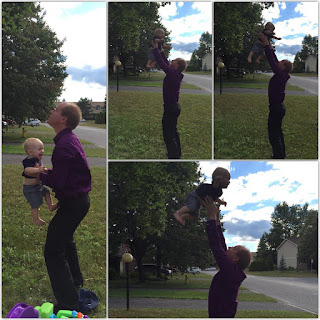 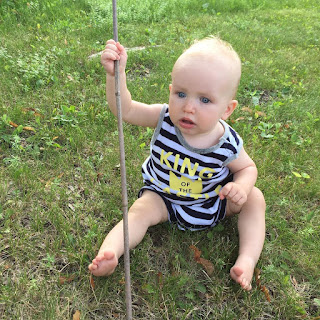 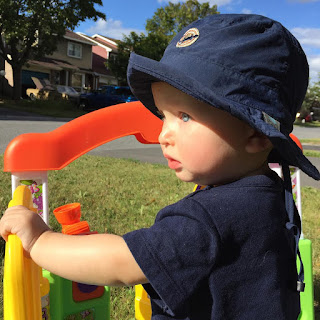 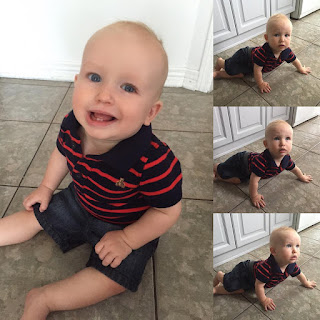