August 01, 2013
On my lunch break today I drove up to the road to Walmart to purchase a few things...

As I approach the checkout area, I try to determine who will be the least judgmental cashier. Why, you ask, would the cashier be judgmental? Uh, did you read my shopping list? Who purchases all those things together?

It doesn't take a genius to figure out my plans for the night. Sit around in my thong underwear and snazzy gold sandals whilst eating pizza, coating myself in deodorant and feeding my cat salmon flavored cat treats like Princess Leia fed Jabba the Hut grapes. If she did that. I haven't seen Star Wars in a really long time.

I select the line of the less judgmental cashier, meaning she’s older than the teenage Barbie doll tending the other line, and wait with my goodies.

And then the unthinkable happens. The teenage Barbie doll finishes with her customers before the older cashier. And she’s like, “I can help you.” And I'm like, “No that’s okay.” And she’s like, “But I’m open. I can ring you up.” And I'm like, “no I like to wait. I’m practicing patience.” And I start looking around for someone, anyone, who’s about to check out, so I can wave them down with my pair of underwear and usher them into the teenage Barbie doll’s line.

But no one comes. So I walk. Ever. So. Slowly. To her line. Hoping some crazy teenage boy with no respect for his elders will push me out of the way to purchase the newest Xbox game. But apparently all the teenage boys are poppin’ wheelies in the parking lot, or whatever it is teenage boys do when they're not purchasing Xbox games, and I finally reach the teenage Barbie doll’s line and she’s all smiley and perky, but inside she is judging me. I know it.

I begin to place my items on the conveyor belt and suddenly I realize how silly I am. My shopping list isn't all that strange. And even if it was, I'm sure there girl has better things to do, like thinking about her next Twitter tweet, than care about what I'm buying.

And then. It’s time. To place the Pair on the belt. And suddenly, I realize. I have been worrying about the wrong thing. I should be stressing over buying one pair underwear.

Who buys one pair of underwear? One?

People who just peed their pants. Or pooped them.

No one just sits around thinking, “Hmm, I think I'll go to Walmart. I need some deodorant and my cat is out of treats so I should probably pick those up too. And let’s see, what’s in the fridge for dinner? Nothing. Might was well grab a pizza while I'm out. And I'll probably impulsively buy a pair of shoes. Oh, and underwear. I think that too. But just one pair.”

You either need underwear, or you don’t. You don't need just one pair. Unless you just peed or pooped your pants. This is exactly what is going through my mind as she is ringing them up. And it is on the tip of my tongue to say, “I crapped my pants.” Because if I had the choice of her thinking I'm buying underwear because either I peed my pants or I pooped them, I am going with pooped.

In case you fail to see the logic in that, allow me to explain.

Have you ever been sitting in the car, or in a work meeting, or shopping at Walmart, and you feel that familiar pang in your stomach, followed by severe cramping, followed by intense panic, followed by the dire need to locate a bathroom ASAP? You make it to the bathroom just in time. And you think, “that was a close one.” And you are so relieved you didn't poop your pants. Because that is gross. But guess what folks, sometimes explosive diarrhea happens. And sometimes you don’t make it to the toilet in time (this has never happened to be me luckily)

Explosive diarrhea happens. But explosive peeing? That never happens. No matter how much you've had to drink, no matter how long you've been holding it, no matter how hard your friend makes you laugh, people expect you to hold in your pee. Take it from these girls I know who, throughout their lives, even into their late teenage years, periodically peed their pants. Not for fun or anything. Just when something was really funny. They did their best to keep this fact a secret, but sometimes people found out. And when they did, never once did those people smile sympathetically, nod their head and say, “explosive peeing. It happens.” No. They said, “what is wrong with you? That is so gross.”

So the next time you're faced with the decision of telling someone you either peed your pants or pooped your pants. Go with the poop. It’s, surprisingly, much more respectable. Or you could buy your underwear at La Senza or La Vien en Rose. Those two options are probably better. 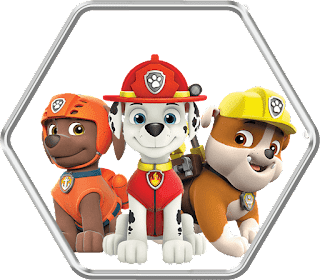 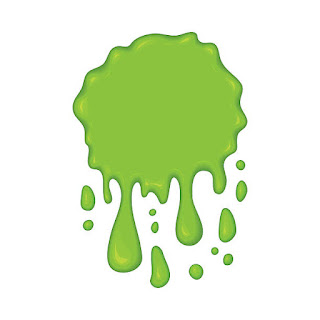