March 31, 2014
If I wasn't a Project Manager and I was actually good at science, then there is no question that I would be spending my life as the world’s foremost marine biologist "Dr. Janet AScT, P. Biol. or R.P.Bio" because that is how much I love all the things that live under the water (even though I'm allergic to all things shellfish and they'll kill me). Sea creatures are, in my opinion, the closest thing we have to mythical creatures. Sea creatures are truly magical. From the smallest morsel of floating plankton to the biggest whale in all the ocean, I love marine animals so much I wish I could be friends with them.

Thus, I present to you today’s list of stuff...

Real Sea Creatures I Want to Be Friends With.

*Please note that this list is not a ranking, and my potential marine friends are listed in no particular order*

Dumbo Octopus - I think the Dumbo Octopus would be like having a pet dog. I mean, no offense, Dumbo Octopus, but you don’t look like the brightest phosphorescent plankton in the sea (that’s like “sharpest tool in the shed” but I just made it up). Instead, you are adorable and I think you might make an excellent companion in the same way a pet does. You look like an emoji and also a puffy sticker. I want to tickle you and maybe curl up on the sofa with a good book while you slumber nearby. 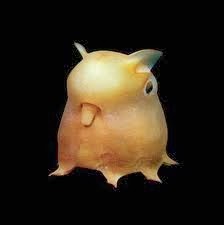 Pacific Barrel Eye Fish - I would be friends with this fish because, well, look at him! That can’t be easy, everyone looking inside your head and all, all the time? I mean I guess you can wear a hat, but really, how difficult that must be! Unless you are an exhibitionist, in which case, congratulations because everyone can literally look inside your brain all the time and that is exactly what everyone is doing. But either way, I just don’t think being a Pacific Barrel Eye Fish would be an easy life and I think a guy like him could use a friend like me. 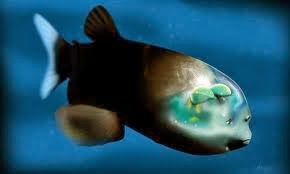 Leafy Sea Dragon - Okay look at this guy. How cool is he? I think his name could be something like Fred or Eric and he’s very concerned about keeping his mane well-groomed but he’d also probably be really into just sort of floating around and drinking tea. Also, he is both a fish and a dragon. I mean seriously? How much cooler can you get than being a dragon, which is arguably a mythical creature and/or extinct, that lives under the sea? 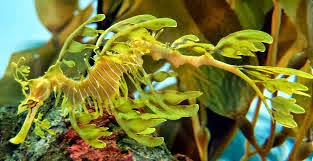 There you have it! Truth be told, I’d really like to be friends with all the other fishies in the sea, but I don’t know that you would actually want to hear me ramble on about every marine animal out there (I mean I could. I seriously, really could). I think these three magical beings will have to do for now.

What about you? Are you also a sea life enthusiast? What’s your favorite little marine creature? What fish do you most want to be friends with?